Disc Derrrangement is one of the most common injuries that present to a chiropractic office.  It is a common injury that occurs in many people that regularly engage in exercise as well as those who do not.  A derangement occurs when the inner part of the spinal disc migrates into the outer portion causing a displacement of the fibers intended to protect the disc.  The outside disc fibers (annulus fibrosus) are very sensitive to pain and pressure.  Derrangements happen when your body’s small, intrinsic, stabilization muscles become weak and lose their ability to protect your spine or you suffer a traumatic injury such as a fall (core instability is the more common cause of the two).  Sometimes, this results from overworking the larger postural muscles of the back with such exercises such as squatting, dead lifts, and bent over rows and not paying enough attention to a strong core.  Abberent pressures placed on the disc in various directions during exercise displace the pressure in the disc. Without a strong core to stabilize your spine and protect the disc, injury ensues.

As a result, a person can experience a great amount of pain that can be intermittent, constant, or provoked only in certain positions.  The danger of this condition is that if the derrangement is not corrected in a certain amount of time, the protrusion seen below in picture 1 will continue to migrate until it breaks through the outer part of the disc and result in a herniation as seen in picture 2.  Many times, a person who engages in exercise with back pain continues to train to the point of a herniation and sciatica soon follows by pressure on the nerves exiting the spine from the placement of the herniation.  At this point, many times surgery is the only way to repair the damaged disc when conservative measures fail due to the extent of the damage.  If the damage is too great, a spinal fusion is performed which removes the disc and fuses two segments of the spine together.  Research studies have demonstrated that almost 60% of spinal fusion surgeries are considered failures at the 5 year mark post surgery.  This is called Failed Back surgery Syndrome and is the result of scar tissue formation and altered spinal biomechanics which place undo pressure on the levels above and below often resulting in another fusion. 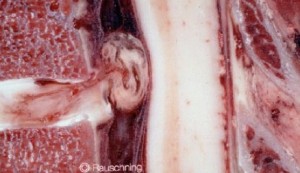 Disc derangement pain can be very elusive.  Depending on where the derangement is located in the spine and in what direction the protrusion occurs, certain pain patterns are characteri

stic of a derangement disorder.  If you suffer from spinal pain when sitting for long periods of time, pain in the morning, pain when moving from a lying to a sitting position, or have pain in certain movements such as leaning back then you may have a disc derangement.  Pain can be located in the low back central to the spine, across the swell of your lower back, and can even radiate into the gluteal region and migrate down the back of the thigh to the knee.  Remember, you do not need to have all of these symptoms to have a disc problem.  Any one of these symptoms can indicate a derangement syndrome. 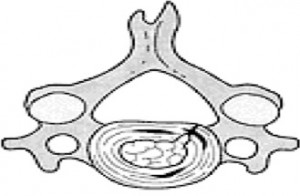 As serious as this injury sounds, the solution is simple.  The first priority is to determine how the disc has migrated from its central position.  Certain movements and exercises are prescribed to help the central part of the disc recentralize.  The next step is to engage in a physical therapies via a progressive rehabilitation program to stabilize the core and strengthen the intrinsic muscles that are meant to protect the spine.  Once that stage is reached, the patient is encouraged to return to the gym when most athletes find better gains in strength and muscle performance due to a more stable core.

"Incredible results in just a few sessions. Dr. Phil was able to assess my struggle and put a plan into action that has been extremely fruitful."